We Have Nothing to Fear But… 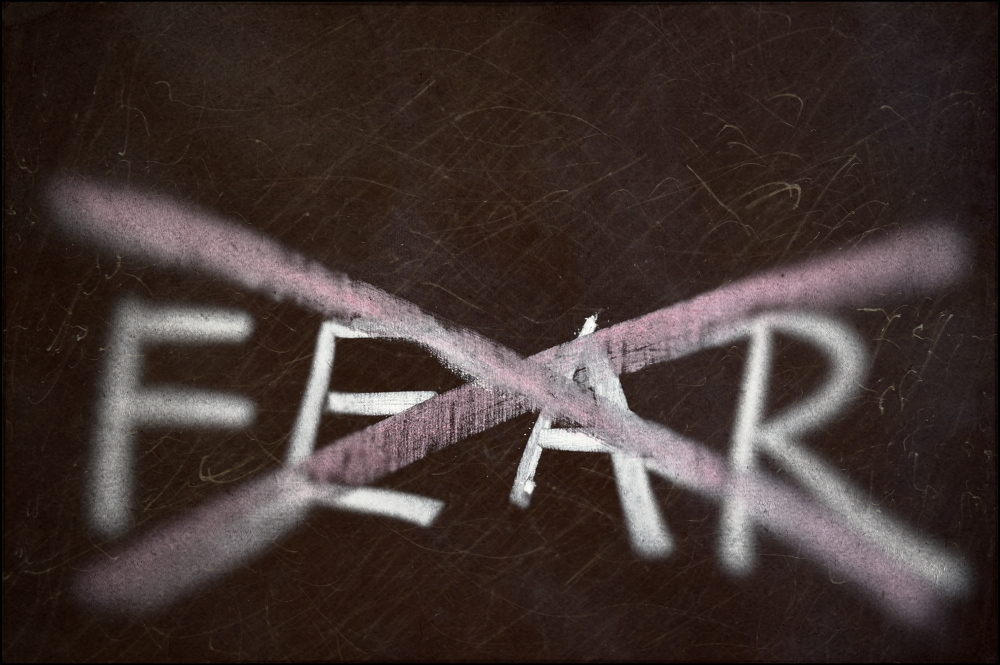 Debilitating. That’s the adjective often used to describe fear. Yes, fear is debilitating. It weakens you; saps your energy and your power. It makes you worry and stress about imagined negative outcomes that only exist in your mind.

The human mind/ego is such a powerful thing. It doesn’t know the difference between real or imagined; it reacts the same way. Panic. Fight or flight. Fearfully focused on preservation of Self. That’s an unhealthy state to be in on a daily basis.

Not to say that bad things don’t happen. But the talking heads in the “news media” will spend hours harping on the most senseless negative story they can find. Even though there are numerous wonderful things we humans do every minute of every day. Things that would empower you, instead of igniting negative emotions.

Now, why do the government and media want to keep you in this unhealthy state of constant fear? Because that way, it’s easier to control you. People will give up their power and accept ridiculous rules and restrictions if they think it will keep them safe from the imagined boogeyman.

So, you are told, “Look at this!” “Isn’t that horrible?!” “You should be angry. You should be afraid — afraid of your neighbors, your co-workers, even the mailman — because everyone is out to get you. Even those people in that country way over there…they hate you and are secretly plotting to kill you.”

Really? I think most of my fellow humans are just trying to get through life on this planet the best way they can. Sure there are crazies out there; but they’re not limited by geographical boundaries, race, or religion.  And no amount of jackboot tactics can prevent random acts of insanity.

I’ve lived long enough to see the bullshit system for what it is. It wasn’t perfect when I was a child, but people were a whole lot less afraid. Changes came about because folks fearlessly stood up for what was right.

Today, people are afraid to do anything other than what they are told they should do; afraid to challenge the so-called authority. Folks have been dumbed-down and brainwashed; led astray and left by the wayside; too easily swayed by regurgitated sound bites. The system is designed to make you fear your own power; or worse, think you don’t have any.

It’s funny, I once told a traffic court judge, “This court is corrupt and illegitimate and you have no authority over me.” He turned completely red in the face in front of 200 people and threatened, “I’ll lock you up for 60 days.” Then, he tried to do just that! Luckily, there were other folks in the system who saw his desperate power play for what it was. I pissed him off because I spoke the truth. No one has authority over you unless you give up your own power.

Unfortunately, too many folks in this world feel powerless. Some are so emotionally and mentally broken that they want to grab a gun and kill someone; thinking that’s a way to heal their own pain and reclaim their power. Impossible.

We can do better. We are so much more than we allow ourselves to be. But, we have to lose the fear and find the courage.

2 thoughts on “We Have Nothing to Fear But…”