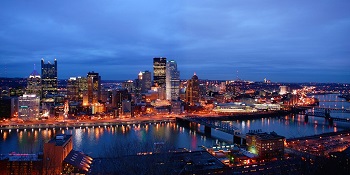 I haven’t blogged since April of last year. April 21st to be exact; the day that Prince died. I can’t really call that a blog post. I was speechless in shock and couldn’t think of anything to say, so I posted a photo of him and left it at that.

Here it is almost April 2017 and I’m amazed by how much my life has changed since then. Last year, living in Arlington, Virginia, I was so frustrated with the local music scene that I put my music on the back burner and focused my energy on freelance work for a nonprofit called Hungry for Music. It’s incredibly ironic that I wound up working with an organization called Hungry for Music when I was literally hungry for music myself, huh? Life is funny like that.

I left the DC area at the end of October 2016, to help Hungry for Music open a Memphis warehouse. Before leaving, I researched the city and felt curiously drawn to it. I told myself that, even if the nonprofit didn’t work out, I’d be in a great music town and could work a lot more. Feeling no fear, I loaded up the Hungry for Music truck and hit the road. Well, fast forward a few months and sure enough, the founder and director decided he’s not moving operations to Memphis and is instead taking a trip around the country to promote his cause.

Meanwhile here I be, in Tennessee.  Blessed and thankful; exactly where I need to be right now. Truth be told, coming here was the smoothest transition I ever made. I found an apartment my first day in town and immediately fell in love with Memphis. I love the people, I love the vibe of the city. It’s a small town city with just the right amount of grit, lots of history, music is everywhere, and living is cheap. One added plus: the absence of pretentious folks prancing around is quite refreshing. Life is just a little bit slower and I’m savoring every moment. Who knew?

UPDATE 2018: Although I found a great bunch of musicians to work with and performed on Beale Street for about 4-5 months, I decided to return to Virginia.